Investment markets continue to fluctuate on the news cycle.  Better than expected unemployment numbers (still -14.7%) in the US and lots of rhetoric about lockdown easing’s saw a small rally last week and then this week markets lost most of that ground on the basis of sobering growth numbers on the global front.

My concern with the numbers being thrown about is that many commentators seem to go looking for the worst case continually and then extrapolating on that.

Now, arguably US and many global equities were overvalued at the start of the year and hence our many conversations about Icebergs over the last 18months.  As we have said, you can’t see the future but you can prepare for it.

We ran into the Pandemic and within six – eight weeks, world economies were shut down. You can certainly justify miserable forecasts for the June quarter.  Taking these numbers and then using them as the growth profile for the 20_21 and 21_22 financial years is where I would have some questions.

Yesterday the federal government released our unemployment figures which were surprisingly low (6.2%) but immediately media commentators tore the numbers apart to make them look worse.  I can understand the math but it is already old news.  No surprises here, of course a lot of people are unemployed, their business were closed.  Spoiler alert, the June GDP rate which will be released in July/August will be a shocker.  We know this, it is May.

By nature, I am an optimist but I do temper that with as much reading as I can and, like you, have the backdrop of life experience to fall back on, yes it is ‘unprecedented’, but is it really?  Most of us have lost a job or been through a change of life. You slow spending – essential only – until you have a job, build up the reserves once you get the job and then return to a ‘normal’ pattern.

Most – and I fully accept not all- of our Covid impacted employers and employees will return to work as the restrictions loosen. They will have been out of work for 8-12 weeks and while having done it extremely tough, will have had access to Job Seeker or Job Keeper payments. Very tough for non-residents who cannot access Job Seeker but they will still get back to work as soon as they can while relying on savings – anyone who lives and works overseas accepts this.

Our biggest employers by industry are Health and Social Assistance, Retail Trade, Construction Professional Services and Education and Training – over 6.2 million employees at June 2019. Retail trade has been shut down and some education and training (though online has expanded).  Health, Construction and professional services are in reasonable shape.  Accountants, as an example, have never been busier.

Small business (less than 20 employees) employs 44% of all Australians and they have been the ones really hurt and they will be the ones who reduce those unemployment numbers as they open.

Covid-19 is a health issue, not a structural issue, and while it has exposed companies with thin profit margins, and yes, we will take a while to get back to cruising speed, the business and demands that were there in January 2020 will still be there when we find any new normal. 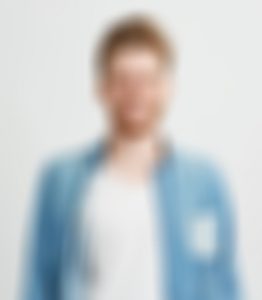